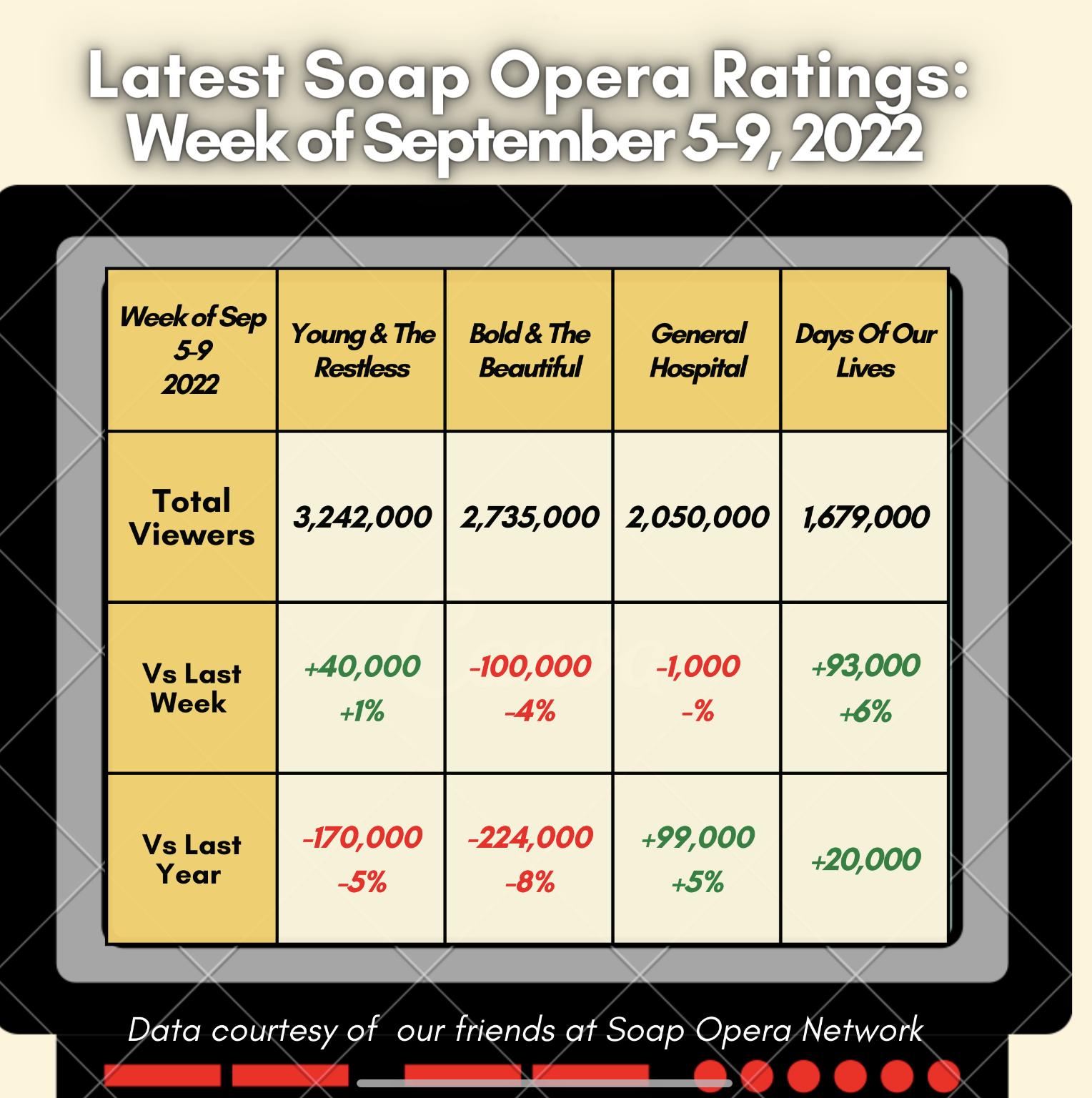 A look at the ratings for the final week of Days Of Our Lives on NBC. Plus, how the soap held up against General Hospital on ABC and CBS’s Young And The Restless and Bold And The Beautiful.

DAYS added viewers in its final week on NBC

Despite the unceremonious interruption from the death of a monarch, DAYS attracted biggest audience in nearly three months as 1.679 million watching its final week on NBC. This marked an uptick of six percent from the previous week, with an additional 93,000 viewers tuning in.

General Hospital aired a brand new episode on Labor Day instead of an encore for the first in nearly two-decades. The move didn’t jolt the soap’s numbers, but it didn’t hurt it. GH pulled in 2.05 million viewers, nearly identical to the 2.051 million viewers who tuned in the previous week.

Bold and The Beautiful had a pretty rough week with 2.735 million viewers tuning, marking the soap’s smallest audience in 20-months. The half-hour CBS soap lost 100,000 viewers from the previous week. Even more alarming,  B&B lost 224,000 viewers, down roughly 8 percent, from the same week last year.