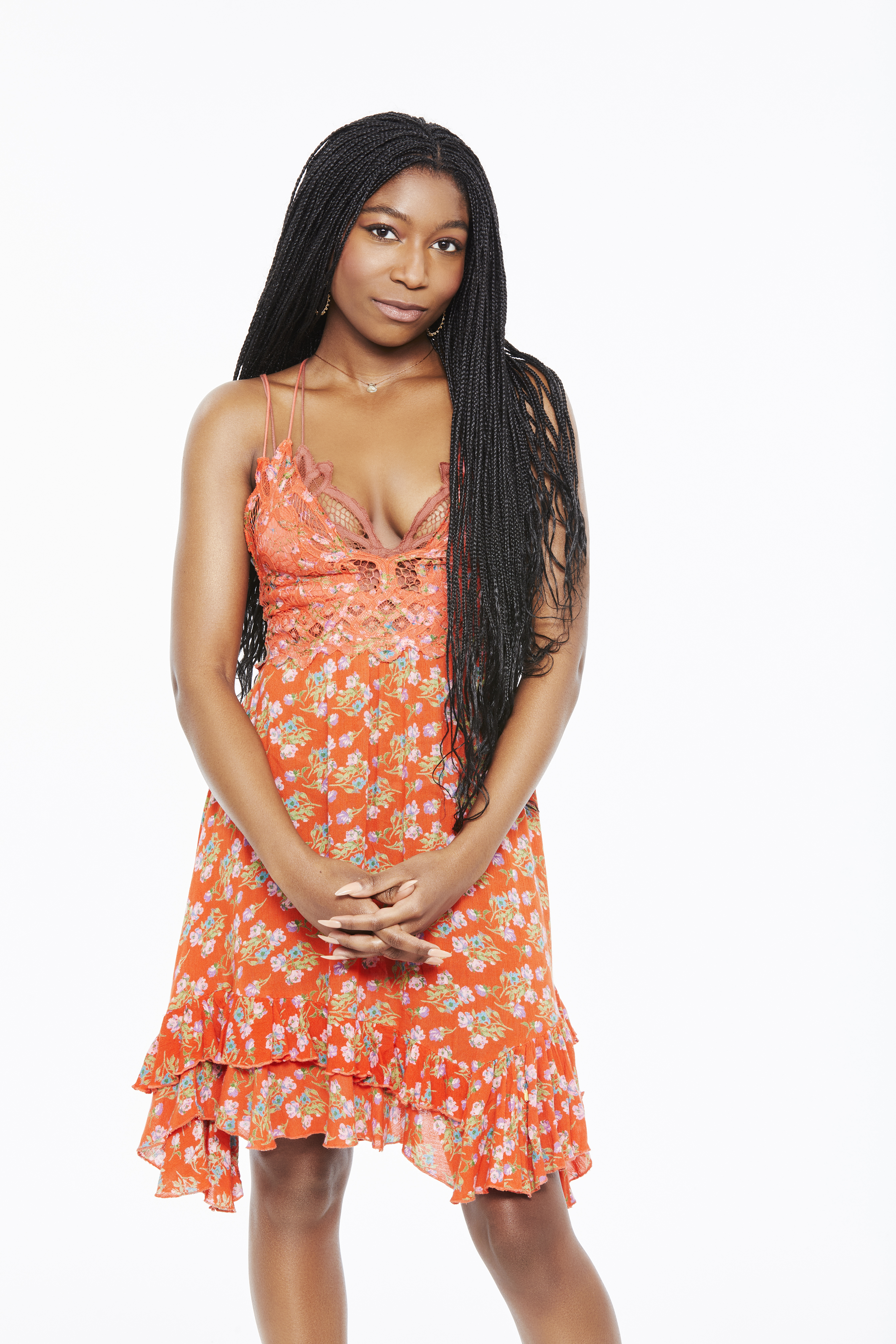 Tabyana Ali’s The Heroine On General Hospital– And It Hasn’t Even Been Six Months!

Soap opera fans can be incredibly loyal, as evidenced by continuing to watch a soap daily for decades on end. These fans can be the brutal critics as well- especially towards unfamiliar faces gracing their television screen. Actors playing new characters face the challenge of winning over longtime viewers by making their character feel like they belong. Can you imagine the challenge of taking over an established role the from a beloved actress would be? Recasting a role is a common practice long accepted by viewers of daytime soaps. It is, however, a commonly accepted practice with a very high level of difficulty and a middling success rate at best.

When Tabyana Ali stepped into the part of Trina Robinson, she faced sky-high expectations. The role had been played by Emmy-nominee Sydney Mikayla, a popular actress who had made the role a fan favorite for over three years. Her decision to quit the show to focus on her freshman year of college came as a shock to viewers.

Sydney Mikayla was in the midst of a front-burner storyline and was also part of, what many fans saw as a super couple thanks to her chemistry with costar Nicholas Chavez. The stage was being set for so much between her role and Chavez’s Spencer Cassidine- fans dubbed it ‘Sprina Rising’. Tabyana Ali wasn’t just asked to take on a role, she was being asked to keep the fire of the #Sprina movement burning hot and to avoid getting burned by a very committed and incredibly vocal fandom on social media.

Tabyana Ali did more than anyone could imagine

Tabyana Ali hasn’t accomplished what she was tasked to do- the young actress has gone above and beyond. The fact that her chemistry with Nicholas Chavez had been just as electric as the lightning in a bottle magic he achieved with Sydney Mikayla would have been more than enough for fans. That she achieved was able to do the same with Brook Kerr, Maura West and Eden McCoy is the equivalent of a soap opera miracle.

One of Sydney Mikayla’s biggest achievements in her run was cementing the character of Trina Robinson as a vital part of Port Charles. In doing so, the producers felt confident enough to introduce Trina’a parents- giving GH a second core Black family for the first time in the show’s history.

Since Tabyana’s debut in the role, GH has continued to connect the Robinson and Ashford families- with one another and across deeper the canvas. While much of the action has surrounded Trina’s journey, this has acted as a catalyst for these two core families to be developed further. Tabyana joining the cast coincided with the reintroduction of Jordan Ashford (with Tanisha Harper taking on the role). The fact that Robert Gosset and Tahj Bellow were both promoted to contract player lends further credit to Tabyana’s success in the role.

Perhaps the greatest achievement in Tabyana’s run thus far has been transitioning Trina into one of the show’s leading roles. Trina came a long way during Sydney’s run, but Tabyana has taken Trina to a new level as she was framed for a crime that put her friendships at risk, saw her trust in Spencer dissipate as he sided with Esme and fought for her freedom in the courtroom.

The trial saw the citizens of Port Charles rally around Trina with just as much fervor as they would for beloved Mayor Laura Collins. Viewers were given moments between Spencer and Trina that cemented their status as an endgame- with public testimonies of their feelings.

Once the trial ended, viewers might have expected the character of Trina to take a backseat- but quite the opposite has happened. Trina Robinson continues to be front and center, driving storylines with no end in sight. With Tabyana Ali guiding the character to new heights, this heroine might save this soap.

Not bad for less than six months on the job.

I hope you enjoyed my post on Tabyana Ali’s run as Trina Robinson on GH. Tell me your thoughts by leaving a comment below, or reach out to me out on social media!