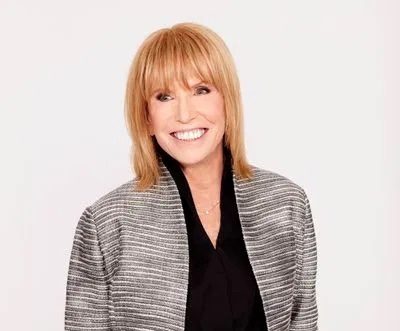 After 45 years playing Dr. Monica Quartermaine, Leslie Charleson may be retiring from ‘General Hospital’ in August.

Leslie Charleson has played Dr. Monica Quartermaine on ABC’s ‘General Hospital’ since 1977. The actress officially celebrates her 45th anniversary with the show in August. But could her run be coming to an end?

Monica was last seen onscreen in March, with a temporary recast in the role.

Monica has been conspicuously absent despite the current focus on the Quartermaine family with the failed ELQ merger. The character hasn’t appeared onscreen since March- and not with Leslie Charleson in the role as fans expected.

Actress Holly Kaplan stepped into the role of Monica for a single episode on March 15. At the time, ABC gave cryptic reasoning for the recast- with the network stating that the 77-year-old Charleson was unavailable for taping with o other details provided.

The scenes with Charleson’s temporary replacement had her character discussing her grandson, Jake Webber, with Dr. Finn Hamilton. Monica briefly addressed her ex-lover, Dr. Jeff Webber, who happens to be Jake’s grandfather.

Spoilers suggested Monica might figure into a rumored return of Dr. Jeff Webber.

Spoilers suggested Jeff Webber return to the canvas, and Monica’s scene supported the rumors. However, despite the long-expected return of Liz Webber’s father as part of Rebecca Herbst’s 25th-anniversary storyline, the speculation proved incorrect.

The character has not been onscreen since despite an uptick in Quartermaine-related stories. The writers explained Monica’s absence from Leo Quartermaine’s poetry reading/birthday party with a medical conference. Since then, however, there has been little mention of her.

As early as April, tabloids like the National Enquirer and blogs such as Gossip Cop have reported that Charleson will be retiring this year. The reports claim a forthcoming announcement will coincide with the actress’s official August anniversary.

After 45 years with the show, Charleson has become synonymous with her role as Dr. Monica Quartermaine, so permanently requesting her is unlikely. If she does plan to retire, ABC would likely accommodate her with an exit story of some sort.

During a lengthy interview with Maurice Bernard, she did not mention retiring from ‘General Hospital.’

In February, Charleson appeared on an episode of her ‘General Hospital’ co-star Maurice Bernard’s podcast. During the series’ episode, she answered a wide range of questions. The in-depth interview covered various personal topics as crucial moments in her career on GH, with no mention of plans to retire.

Whatever Leslie Charleson decides, this is true: Dr. Monica Quartermaine has earned her a place in fans’ hearts. And at 45 years on GH, she is one of the longest-running actresses in the show’s history.

Viewers won’t know what the future holds for Monica until the network makes an announcement (if any). Hopefully, we will still have Monica on our screens. You should also check out Leslie Charleson’s episode of Maurice Bernard’s podcast, State Of Mind, right here:

Let me know your thoughts in the comments below. Or better yet, reach out to me on social media. Remember you can always catch GH weekdays on ABC and weeknights on Hulu and ABC.com