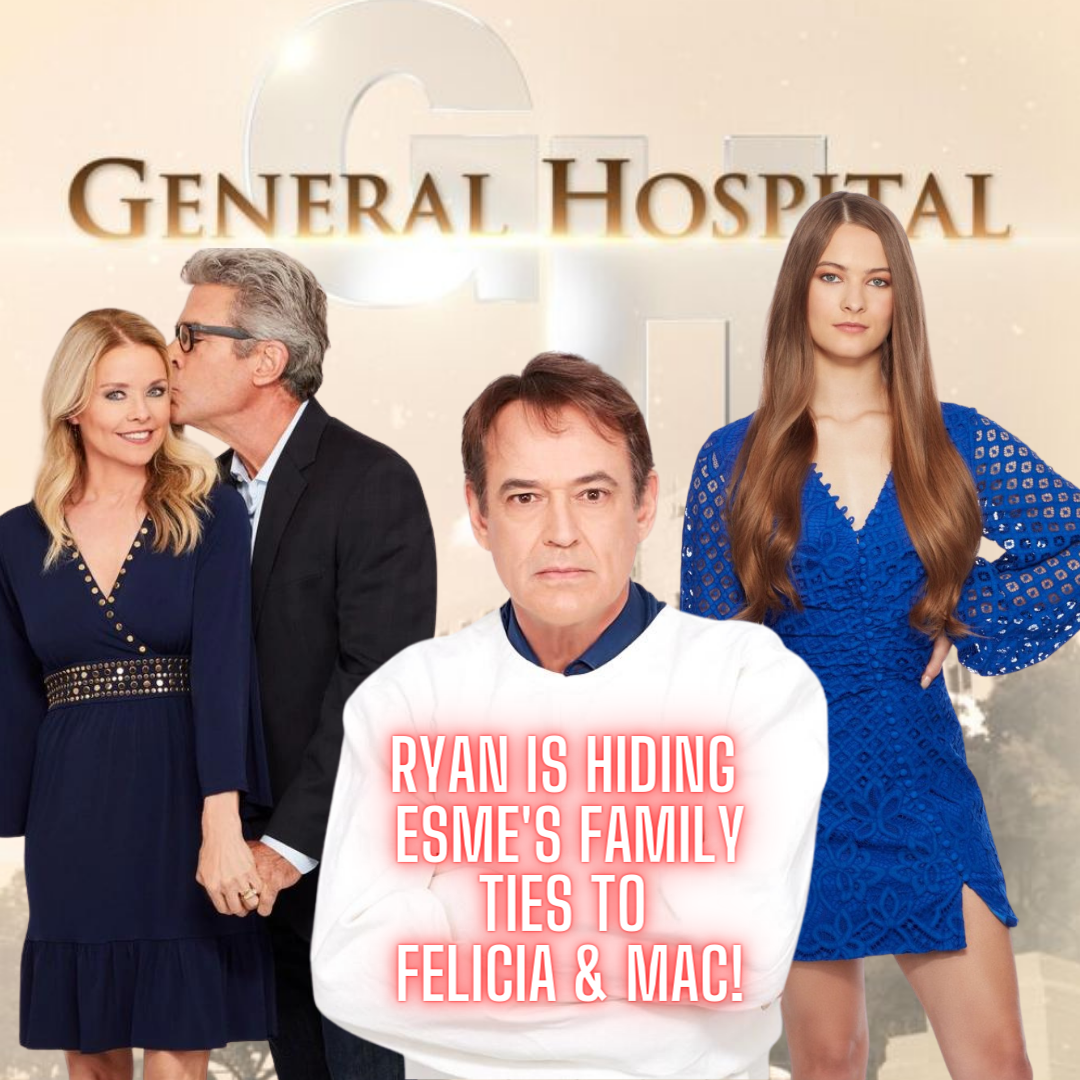 Ryan Chamberlain is pulling Esme’s strings because he’s her “daddy”. Ryan doesn’t care about family but he does like control. Could he lying to Esme to control her? And is this really all about Felicia and Mac? Is Esme their daughter?

Ryan Chamberlain is a lot of things: manipulative, dangerous, bloodthirsty, obsessive, homicidal and insane. But while he’s a menace to society, Ryan Chamberlain isn’t an idiot – in fact he’s just the opposite. Ryan’s single most dangerous weapon is how well he fools everyone.

Ryan managed to fool everybody when he first arrived in Port Charles. Ryan was able to convince everybody he was a mild mannered doctor (the doctor part was true) and even romanced Felicia, who had blocked out the traumatic memory of witnessing Ryan murder his wife in Texas. Ryan later stalked Felicia and murdered a handful of women before anybody knew what he was responsible.

Ryan’s fooled everybody into thinking he was dead for decades.

Ryan managed to fool everybody again when his bother Kevin Collins came to town. The murdered managed to switch places with Kevin for a short time and wreak havoc before he was found out. Felicia, Kevin and the rest of Port Charles believed that Ryan died in a standoff culminating in a funhouse fire. Ryan fooled everybody then too.

Two decades later, Ryan was able to switch places with his brother yet again. This time Ryan used Kevin’s decision to secretly hide him locked away in a mental hospital against his idealistic brother. Nobody suspected Ryan since nobody else but Kevin knew he was alive.

Ryan’s first major step was beginning an affair with his new obsession Ava Jerome- one of Kevin’s patients. As Kevin, Ryan was able to end his marriage to Laura. Ava had no clue her therapist-turned-boyfriend was actually his serial killer brother. Ryan was able to kill Ava’s daughter Kiki Jerome and frame, Dr. Griffin Monroe.

All the dropped hints point to Esme being Felicia’s daughter.

And of course, he’s fooled everybody around him that he had locked in syndrome. What are the chances he’s lying to Esme to get the ultimate revenge on Felicia and Mac? The show has been dropping hints connecting Felicia to Esme. We got a flashback to Ryan and Felicia’s first meeting where she narrowly escape with her life- just moments after Ryan told Esme he could never turn his back on her mother for even a second. Then viewers got the very cryptic scene this week where Esme met Felicia and she explained her connection to Ryan. All of this on top of reminding viewers how much Felicia and Mac wish they had a child together and there’s no doubt in my mind about this theory.

Felicia was out of Port Charles quite often in the 2000s. Definitely long enough to carry a child to term and have it stolen!

You may wonder how could this have happened? Easy. Kristina Wagner was off the show between 2003 and 2004 and again from 2005 to 2007 before she made a brief return in 2007 followed by another five year absence. Any of those gaps in history are enough time for Felicia to have had Mac’s baby. Wouldn’t Felicia remember giving birth to Esme? Depending on the circumstances, Felicia may have experienced amnesia. That kind of memory loss happened when Felicia survived her first encounter with Ryan over thirty years ago. But there could be more to this story.

Could Ryan’s ties to the WSB have something to do with all this?

When Ryan was believed dead for decades, the serial killer was in reality alive and well, working for the WSB. During one of her absences in the mid 2000s, Felicia was with her ex-husband Frisco, the father of her first two children Maxie and Georgie. Frisco was also a WSB agent and even ran the WSB for a brief time before Victor Cassidine took over again. Could the WSB connection between Ryan and Frisco be part of the equation? Could her time away have something to do with Felicia not remembering her pregnancy?

I’m calling it now: Esme is the daughter of Felicia and Mac Scorpio. Ryan’s been lying to Esme to get what he wants. Ryan wants revenge and this is the cruelest way to get it- and it is exactly the type of thing Ryan would do.

That’s my theory on Ryan, Esme, Mac and Felicia. Tell me what you think in the comments or reach out on social media.