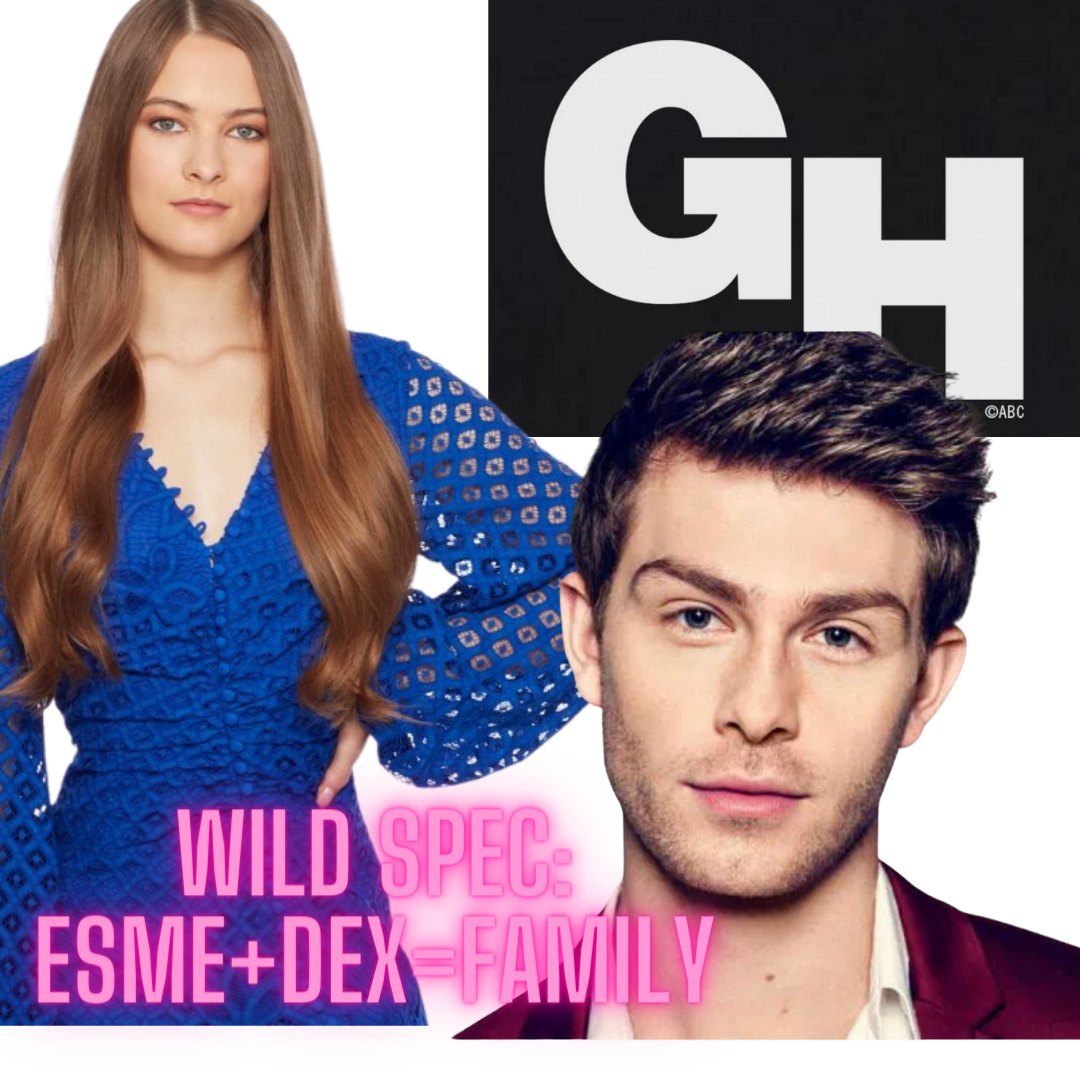 The young adults of Port Charles have a lot on their plate- and it’s must-see TV. By having Dex turn out to be Esme’s brother,

Last week, viewers of General Hospital were introduced to a new character named Dex, played by Evan Hofer. A fellow army veteran and friend of Chet Driscoll, Dex debuted when he approached Sonny at the gym looking for a job. Despite being turned down by the mobster, Dex took the rejection with humility. Shortly after, Sonny quickly changed his mind when the army vet intervened in a boxing match that got out of hand and told Dex he would reconsider.

Dex wasted no time arriving with his resume in hand to Sonny’s coffee shop. After tearing Dex’s resume up, Sonny asked about his background, if he could be trustworthy, handle himself under pressure and not to be a hothead who starts trouble. The men connected over their shared values of respect, loyalty and trustworthiness. In the end, landed the job and Sonny won the young man’s admiration over not only his coffee business but his family first-mindset.

Where does Dex fit in from here? Let’s take a step back and look at where things currently stand for the young adults of Port Charles.

Joss and Cameron are dealing with the fallout from the sex tape as the press hounds them- putting quite a bit of pressure on there relationship. Trina stands wrongfully accused for the crime thanks to Esme’s schemes and is fighting for her freedom. Trina’s given up on Spencer since he turned her back on her, but can’t avoid him now that he works at the gallery as her employee. Trina is finding herself drawn to the police officer placed on her security detail, Rory Cabrera and while the attraction is mutual the conflict of interest could jeopardize the investigation into the sex-tape and even cost him his job.

Meanwhile, Spencer’s burning up with jealousy over Rory and Trina all while staying close to Esme but secretly seeking evidence against her. Esme thinks she’s ahead of the curve confident that Trina will take the fall for her crime and that Spencer’s been fooled and is even hedging her bets by using the tensions between Cameron and Joss to her advantage. Of course, Cameron is working with Spencer to take down Esme but is keeping Joss in the dark- which could backfire in the worst way. Let’s not forget, Esme’s real goal is to break up Spencer’s father’s marriage with Ava and appears poised to seduce Nikolas- all to please her own father Ryan Chamberlain.

It’s not too big of a stretch for Sonny to add Dex to Joss’ security detail. As Joss is feeling a growing distance between her and Cameron thanks to the combination of Spencer’s doomed plan, Esme’s manipulations and the media frenzy surrounding the trial- her bodyguard Dex will be there for her. Joss is in love with Cameron but after watching Sonny lie to her mother, she may end things if she feels like she can’t trust him. Her new bodyguard would be there for her in her time of need, acting as both a safe place emotionally while protecting her physically.

Dex will feel honored that Sonny has entrusted him to protect his loved ones and will do whatever he can to ensure Josslyn’s safety. Over time, Dex starts to develop feelings for Joss, who he’s sworn to protect. That will put him in a tough position- Sonny probably would see it as a huge breach of trust. Not to mention Carly would view Dex as a danger to her daughter. Dex will be in a position where he is torn between duty and matters of the heart.

Joss would be falling for a man working for a criminal organization, Trina will getting closer and closer with Rory- a police officer committed to following the law by the book. Joss and Trina have stuck together through it all- but could the polar opposites of their upbringing (remember Joss was a mafia princess and Trina is the apple of her police officer dad’s eye) catch up with them as they both start new romances?

Even with Rory and Dex in the mix, you can’t count out either Spencer or Cameron. Spencer is a Cassidine, the latest in a long line of men who aren’t exactly known for just letting the woman they love walk away. Cameron may have a reputation as the sweet one, but his father Zander was a hothead, something Cam’s battled against in the past. And let’s not forger that his mother has been known to take drastic measures to keep a lover when necessary.

Splintering friendships, colliding love triangles, history repeating itself… this is a soap storyline practically writes itself. All it needs is a family bond that could turn everything upside down.

Why not link Dex to somebody whom he would feel bound to protect who would only seek to exploit his current position?Who better for Dex to have a connection to the Esme Prince? Evan Hofer bares more than a passing resemblance to Esme’s portrayer, Avery Kristin Pohl- so aesthetically its a no-brainer. Viewers already know that Esme has siblings from the letters that her old nanny, Maggie Fitzgerald, has sent her. Dex’s backstory has got the wiggle room for the two to be siblings.

Esme’s is the arch-enemy of everybody else in the teen/young adult scene on GH and while its entertaining, its painted the character into a corner. Esme’s crimes against Trina, Joss and Cameron are damn near unforgivable- and none of her victims or Spencer are likely to change their mind.

Dex’s commitment to family means he would protect his sister at all costs- even if he knows what Esme’s capable of doing. Perhaps, Dex’s loyalty to Sonny could earn extra leeway for his sister. Or maybe, Dex can convince his sister to change her ways. Or things could totally hit the fan. Either way I’m watching.

What do you think of my theory? Could Dex be Esme’s brother? Would it make for an awesome summertime storyline?