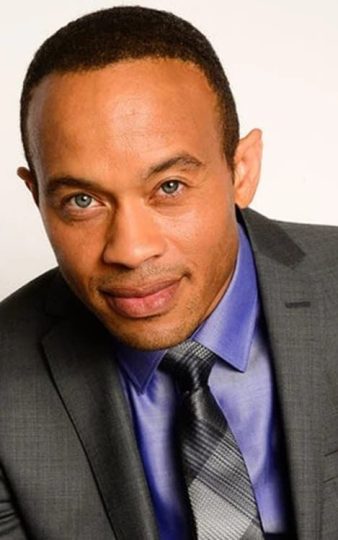 ‘General Hospital’ has added many characters of color to the cast in the past few years but diversity is always a continued work in progress. The 59-year-old soap opera has a rich history with many great Black characters with stories left to tell. The best part is, most of them still have links to characters on the show today that can add even more soapy drama. Here’s a look at 10 Black characters whose return to the soap opera are long overdue.

The tech savvy employee of the Corinthos organization also happened to be the only child of nurse Epiphany Johnson. Stan ended up dying off-screen… but did he?

The tech savvy son of Epiphany Johnson worked for the Corinthos organization. In many ways the character of Stan was a mix between Stephen A. Smith’s Brick and Damien Spinelli. Stan first began appearing in 2003, initially as a recurring character with few lines and was portrayed by Gomez Warren until 2006.

When Epiphany Johnson was introduced that same year, Karim Prince took on the part of Stan and the familial connection between the two was revealed. The the family link did little to add to the Stan’s screen-time, despite the fact that Epiphany was heavily featured thanks to the popularity of actress Sonia Eddy in the role.

Finally, Stan Johnson looked poised to break out when the role was recast again in 2007 with the popular former star of ‘Port Charles’, Kiko Ellsworth and featured in the first season of ‘GH: Night Shift’. Sadly, the character was given little airtime and Ellsworth left ‘GH’ the same year he began. In a bit of short-sightedness on the part of the writers, Stan was killed offscreen while on a non-Corinthos organized criminal caper in Florida.

With GH way more committed to writing for characters of color some 15 years later, this is a perfect time for Stan Johnson to return. Perhaps he could be working alongside Brick in the technical side of organized crime. A more interesting prospect: Stan is back in town and shares a past with Marshall Ashford- perhaps Marshall even had something to do with him ‘dying’ in Florida.

How would Epiphany react to her son being alive? And that Marshall was involved in his disappearance? This would definitely add conflict between Stan and his mother- and between Epiphany and Marshall. Keiko Ellsworth is talented and would be an awesome treat for fans of both ‘GH’ and ‘Port Charles’ if he returned. But it would be completely cool with viewers if the producers went a different route. Especially since, the character has been off screen for long enough for changes to be made. For example, Stan’s age can be tweaked a bit which gives writers more flexibility for Stan Johnson’s return to the canvas.

What do you think? Should ‘General Hospital’ bring back the character of Stan Johnson? leave a comment below or send me a tweet on Twitter at @mydaytimetrauma.