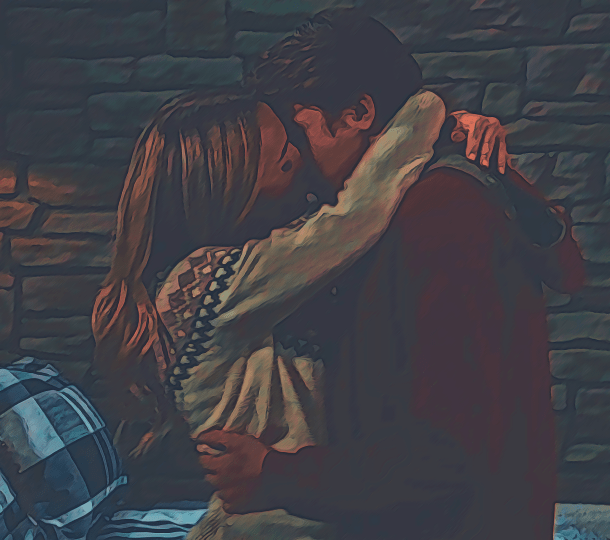 Just like Nelle’s ill-fated trip to the cabin, the writers at GH took off in the wrong direction and fell off a damn cliff.

I won’t get into detail explaining the reason why the episodes were offensive. I explored that in another post, which you can read here. The storyline was problematic- even for GH. And it was a huge letdown. And somehow, GH managed to do the unthinkable… they almost made up for it this week (that post isn’t done but is coming soon).

The week of January 28th, ‘General Hospital’ brought the teens to their much-anticipated weekend at the cabin. And it was a disaster- not just for the characters but for the soap opera itself. Built-up as the potential reveal of Esme’s backstory, or even some clues to her motivation as well as a pay-off to the growing chemistry between Trina and Spencer- the chances viewers would end up disappointed were admittedly high. Even still, GH managed to go far beyond disappointment. The result was both racially insensitive and socially irresponsible. This post will focus on how the events burned through audience goodwill.

When all was said and done, Esme executed her plan involving prescription drugs, and two characters got closer than ever; Trina finally revealed her feelings, and Jose called Esme a manipulative bitch. That doesn’t sound bad but dig deeper.

Esme drugged Trina (and only Trina) by slipping Tramadol into her hot toddy. She then coaxed a confession from Trina during a game of “Never Have I Ever.” Trina, obviously heavily impacted by the mix of alcohol and opioids, emotionally confessed she felt conflicted by Cam and Joss’ relationship and left the room in tears.

Josslyn proceeded to tear Esme a new a-hole. Esme and Spencer left in a huff. Trina was offscreen the entire episode that followed her drugging. Joss and Cam made love for the first time, not knowing that Esme set up a camera to stream their first time to the world.

From the POV of the writers, Cam and Joss making love for the first time was a pivotal moment in the young couple’s story. And it should have been. There are two legacy characters, the descendants of some of the show’s most iconic characters: Cam is the great-grandson of Dr. Steve Hardy, and his wife Audrey and Joss is the grandaughter of Bobbie Spencer. But the moment felt out of place.

While the characters slowly moved from friends to romantic partners, Joss and Cam’s romance has not been an actual storyline as much as a background element. For the most part, Cameron has been begrudgingly managing Spencer at Kelly’s while vaguely being manipulated by Esme (to what end, I am unsure). Joss is mainly a voice of support for whatever ax her mother is grinding at the moment. Otherwise, Joss shoots some pointed remarks at Esme. That has been the extent of the story as of late.

On the other hand, the writers have explored the relationship between Spencer and Trina. What started with some deceit on Spencer’s part turned to a real connection between the two teens. There has been a slow climb and steady build towards some event between these two characters. All signs pointed to some moment between Spencer and Trina- even if it meant some trouble caused by Esme. Instead, the writers believed they could move full steam ahead with Cam and Joss sleeping together as a curveball catching viewers off guard. It caught the audience off guard, mainly because two people were making love while another was in crisis.

The fact that Cam and Joss hooked up while Trina was alone and emotionally distraught in the next room was a very shitty thing to do. Trina had just drunkenly shared how she felt like a third/fifth wheel, especially since Joss and Cam started dating. And then Trina left embarrassed and weeping. Joss deserves some credit for calling Esme a manipulative bitch. But her defense of Trina felt like a moot point because she wasn’t show checking up on her friend.

Instead, Joss just came off like her mother does, like an ogre who will take any opportunity to bash in the skull of those she sees as threats. While Carly often does this for the people she loves, she also inserts herself into situations just for the chance to attack somebody she doesn’t like. Joss is generally a good friend to Trina- this episode left me wondering if Joss saw an opportunity to attack Esme and took it.

Joss Called Esme Out, Cam Called Out… Of Doing Anything

But at least Joss DID something. Cameron might as well have waited in the car until it came time for Joss and him to bang out. Seriously, Cameron was a non-factor on this trip until then. The boy was a pressure cooker of pain, misdirected rage, and unimaginable grief after the murder of his step-father. He expressed his anger to anybody and everybody. Cam even yelled at the ghost of the father he never knew, Zander Smith. When Cameron believed that Jason was responsible for Franco’s death- he let everybody know how he felt, even telling his little brother Jake that his father killed their step-father. Did Cameron stop there? Nope. When Cam saw a chance to confront Jason at GH, he followed the hitman during Jason’s harrowing escape, picked up a stray gun during the ensuing shootout, and took a shot at him. There was even a short standoff with police (an example of racially insensitive storyline optics that GH chose to address on-screen) where he pointed a gun at Jordan!

Cameron may seem like an emotionally unstable hothead- he can be-but what drives him is the commitment to loved ones. Cameron stood by Joss through Oscar’s death, with Trina through the traumatic events that led to her father faking her death and its aftermath. Cameron may not handle situations well all of the time- but he doesn’t sit idly by either. The scenes at the cabin were out of character for the character, even at his worst.

Avery Kristen Pohl is Great as Evil Esme, but the Writing is Lacking

And then there is Esme. Avery Kristen Pohl has does a phenomenal job playing a character that we love to hate. Pohl plays every beat the writers give her- despite having very little to work from the script. Esme crossed the line of no return by escalating into the realm of drugging people and producing revenge porn, which is pretty aggressive- although it is in line with setting fire to a car and befriending a serial killer. The issue at hand is we have no idea why the f-ck she is doing any of this at all. Is she just crazy as cat shit for no reason?

There’s no connection that Esme has to anybody else on the canvas besides Ryan, and he’s a mute who cannot move. While it’s plausible, Esme can read serial killer’s morse code blinking, but viewers cannot. We have no clue what is motivating Esme to do what she does. Not even in the slightest. Is she a gold-digger? A Cassidine groupie? A love-child of Ryan Chamberlain? Just tell us why??? Nothing makes what Esme did okay, and nothing ever will. That’s a reality in storytelling: some villains are irredeemable. We need to know why Esme is latched onto Spencer and wants the destruction of this boy’s friendships.

Spencer’s decision to leave without seeing Trina was probably the least problematic part of the episode. Spencer did not say one word to defend Esme as Joss called her a “manipulative bitch”. The moment the two ended up alone, Spencer questioned Esme’s motives. While it wasn’t exactly what I wanted to see happen, Spencer came out looking better than anybody- plus playing it cool and biding his time is like the most Cassidine-thing ever.

After this week’s cabin trip, I wanted to take a vacation- from this show. That was the sentiment for many viewers who were not only upset by the storyline progression but by the color-blindness and tone-deaf nature of the episodes. Unfortunately, I keep on coming back like an abused dog. However, ‘GH’ managed to do something truly miraculous this past week. And they owe it all to Spencer and Trina.

COMING SOON: LOVE IN THE AFTERNOON IS BACK THANKS TO #SPRINA