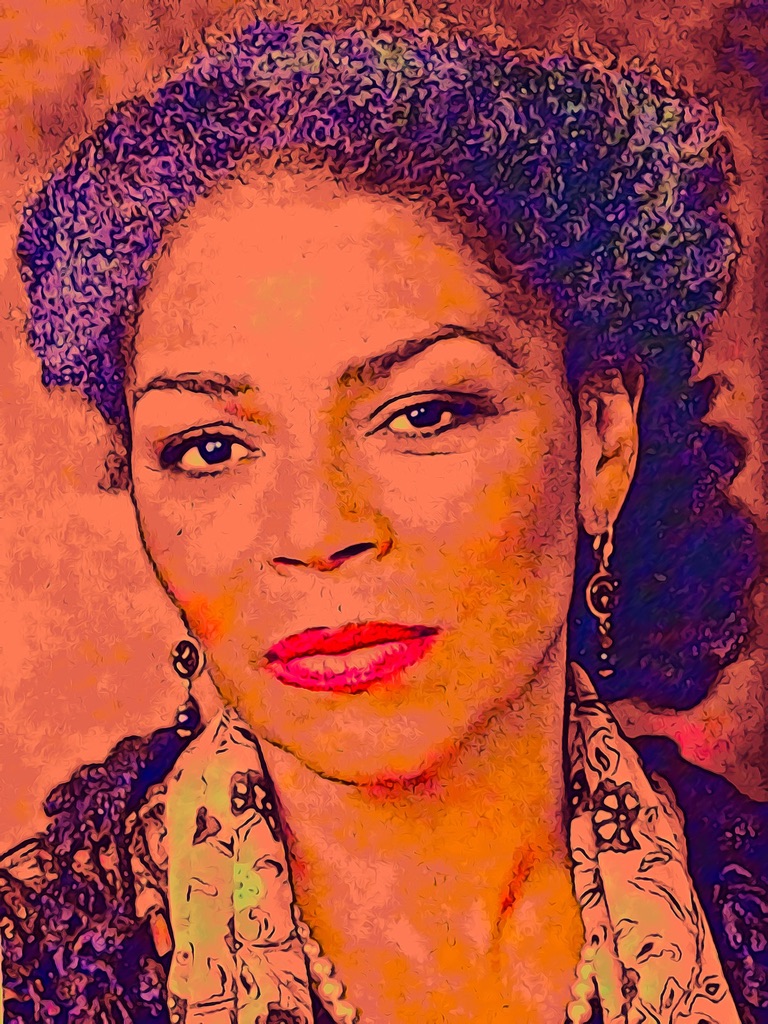 In 1994, General Hospital introduced the Ward family in one of themost progressive moves on daytime television at the time. The family presented a positive and authentic portrayal of a family,and also unapologetically Black. However, the writers managed to caft three dimensional characters devoid of stereotypes. Introduced by intertwining their lives with the Quartermaines and Spencers the result was one of the best-executed storylines in daytime history. While Mary Mae Ward was a positive role model, the character differed from previously introuced Black women on the show.

Mary Mae was not the daughter of a wealthy Black family like Claudia Johnston (played by Bianca Ferguson), nor was she a white-collar professional like Dr. Tracy Adams or Dr. Simone Revelle-Hardy. Portrayed masterfully by Rosalind Cash, Mary Mae Ward lived in the historic Charles Street neighborhood of Port Charles, where she ran an orphanage for children living with AIDs. Mary Mae lived for her community and putting her heart and soul back into it every day though the orphanage.

Characters like these often struggle to find their place on a soap’s canvas- but Mary Mae was allowed the appropriate development and compelling story necessary to succeed. Cash hit all the right notes as Mary Mae Ward, her commanding presence with an altogether serene aura There was something both mystical and down-to-earth in her characterization. Aiding int he character’s success was head-writer Claire Labine, who knew that Mary Mae could have been relegated to the background, acting as mere window dressing creating an illusion of diversity. Thankfully, Labine had no intention of wasting Cash’s talent and Cash would not waste the opportunity.

Friendship with the Spencers

Mary Mae was placed immediately in the orbit of the hugely popular Luke and Laura. This came months after the family’s return to town- ensuring the character had screen-time and that viewers would take notice. With the Spencer Family moving into the former home of Mary Mae the groundwork was laid for a mystery. There was much more to the life of Mary Mae Ward, her history, and her connection to the people of Port Charles than they could ever imagine.

Mary Mae met musician Bradley “Buddy” Powers when she was 16 years old, the young lovers connecting over a passion for music. In 1944 Mary Mae and Buddy were married with the couple settling into Virginia where Bradley continued to work as a musician and Mary Mae herself singing the blues. The marriage was cut short by Bradley never returning home from the war. Mary Mae continued to sing the blues, channeling the loss into her music.

While performing one night, she met eyes with a young, and white, soldier in the Navy and over drinks made a connection over missing loved ones and a deep love of music. They may not have had much in common but for a mutual attraction and longing hearts, however, the music drew them together. They began a brief affair until the man shipped out overseas and continued to write letters to one another during the war. Mary Mae would find she was pregnant from their affair and sent him word that she would be raising their child on her own. The man from the navy was none other than Edward Quartermaine.

Mary Mae gave birth to a healthy baby boy whom she named after her late husband, Bradley. She met a man named Dan Ward and found love once again. The two married in 1946 and relocated to Port Charles, New York. Mary Mae had no idea that Edward Quartermaine and his growing dynasty lived just a few hours away in Long Island. Together with Dan Ward, she raised Bradley and the couple had two more children, living happily until Dan died in June 1969 of a stroke.

During this time, Bradley Ward had grown into a young man matching his mother’s passion and father’s tenacity, except instead of music or business, he dove into the civil rights movement as an activist. Bradley had become a prominent civil rights activist and by the early 1970s had a reputation for openly calling out injustice most notably against systemic racism. The focus on systemic racism met with resistance from the corrupt establishment in Port Charles, who used their connections to organized crime to intimidate Bradley. Bradley became increasingly worried about his safety and began to fear there was nothing he could do to keep from getting killed.

The danger forced Mary Mae to reach out to Edward and the two met for the first time in nearly thirty years on July 1st, 1974. One of Edward’s business partners in Port Charles had been involved with the mobster Frank Smith, whose organization was upset by Bradley’s movement to rid his Black neighborhood of their damaging influence. Mary Mae told her former lover that their son was in trouble, and he promised to keep him safe. But Edward could do little to stop Jack Boland from murdering their son that same night leaving the murder weapon in Bradley’s hand. Mary Mae would return home to find her firstborn dead from a shot to the head and believed he had committed suicide.

Mary Mae buried the body in the backyard of their home at 24 Royal Street in Port Charles. Edward blamed Jack Boland and Frank Smith for driving his son to suicide and Mary Mae begged him to end things before they escalated further. Mary Mae made Edward promise, knowing that the investigation would not bring about justice even and that it would only destroy Edward’s legacy, to stop the investigation into Bradley Ward’s “disappearance”. Edward would use his money and influence to quell any attempts made to investigate what happened to the civil rights activist.

A murder mystery and secrets revealed

This would remain the case until June 1994, when the Spencer family came across Bradley Ward’s body in their front yard. The investigation was reopened and due to his meddling in matters decades earlier, Edward was put on trial for the murder of his son. The extended Ward family came to town for the memorial service and later the trial. The truth about Bradley Ward’s death would come out in dramatic fashion as Mary Mae Ward took the stand and revealed that Edward was, in fact, the victim’s father. Edward would be acquitted of the crime.

Mary Mae Ward would make a very deep connection with Laura Spencer and Laura worked to help preserve the Ward House. She would also catch the attention of Lois Cerullo who ran L&B records and immediately signed the Blues singer. Mary Mae was the star of most nights down at Luke’s club. Mary Mae was larger than life and lived life to the fullest, both in her ability to entertain with her talents and with the kindness and love, she put back into the community.

Unfortunately, Mary Mae Ward’s time on screen was short-lived. In October of 1995, Rosalind Cash passed away at Cedar’s-Sinai Medical Center after a private battle with cancer. The actress kept her illness a very guarded secret, even from those closest to her- no one in the cast knew she had been ill. Cash’s premature and sudden death sent shockwaves throughout the soap community. Her impact on her co-stars has been recalled in various interviews regarding Cash’s career. Fellow cast members, Rena Sofer who played Lois Cerullo, and her real-life husband Wally Kurth (who played Ned Ashton) gave birth to a child the following year named for the actress.

In January of 1996, Mary Mae was written to have died peacefully in her sleep. The surprise death hit Port Charles incredibly hard, with performances from the cast echoing the painful loss in real life. Mary Mae Ward’s funeral was attended by her close friends and family. The service held in a historically Black church included touching eulogies by Justus,Laura and Lois in particular. Despite the death of Mary Mae, her legacy lived on as Laura took over Ward House- until it was burned down by Damian Smith. The ensuing mystery that followed kept Mary Mae’s spirit very much alive as did the continuation of the Ward Family in the two years that followed.