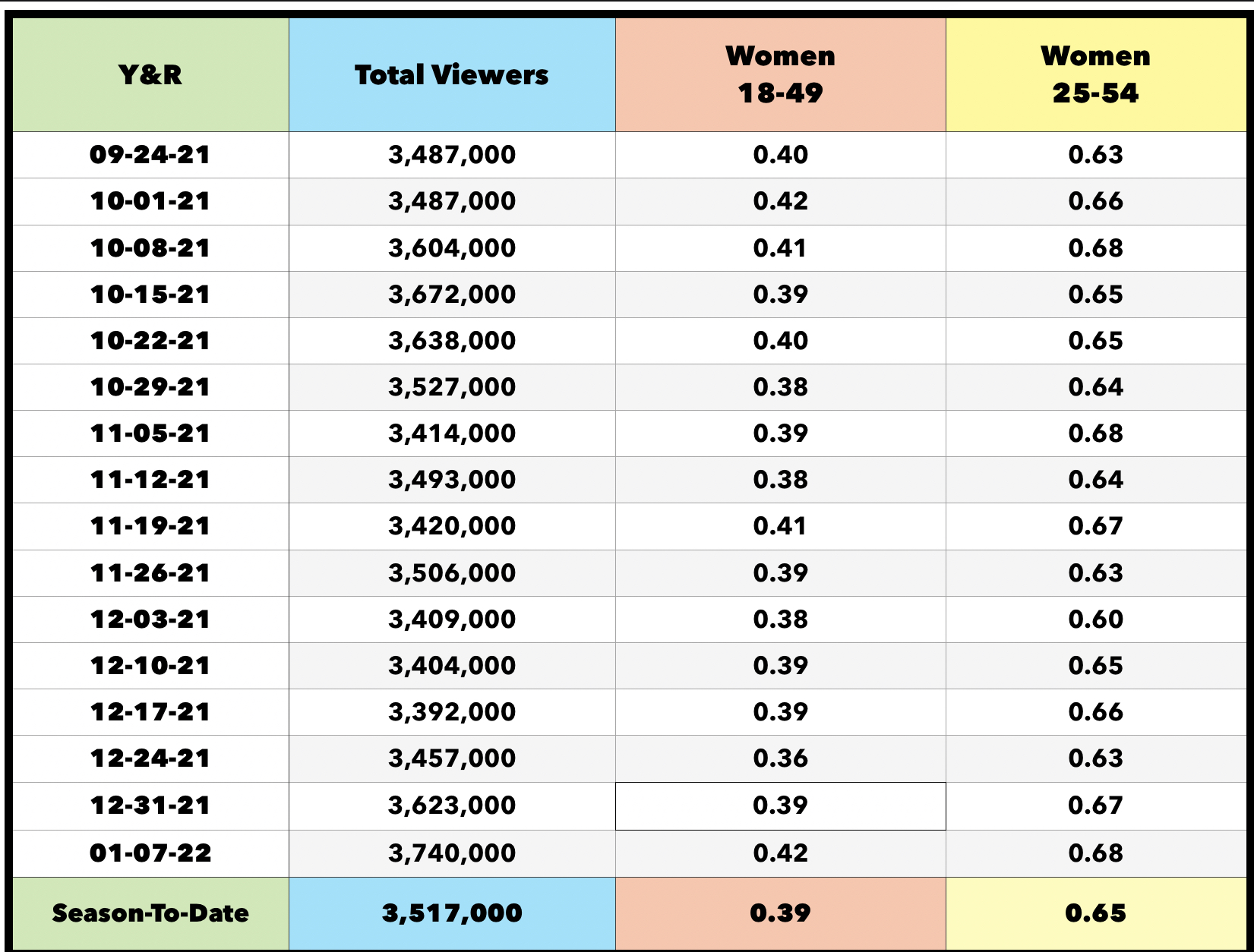 ‘Young & The Restless’ Leads The Soaps in Ratings Race (Again.)

So far this year, Y&R has maintained its traditional lead over the other remaining soap operas. Just because it happens all the time doesn’t make it any less special. However, there is a big difference this season.

What makes this season different from past years where it won every week? Well for starters, Y&R had an extra-difficult start to the previous season, with huge declines when it came back to the air after the pandemic shutdown. While it never lost its place at number one with original episodes airing, it did fall to the lowest points in its history. Some thought Y&R could never bounce back.

Many viewers that break their habit of watching a soap often never return. However, Y&R has largely bounced back- and in a big way. Take a look at how the soap has performed so far this season.

Here’s how the CBS soap opera ‘Young & The Restless’ performed this season: