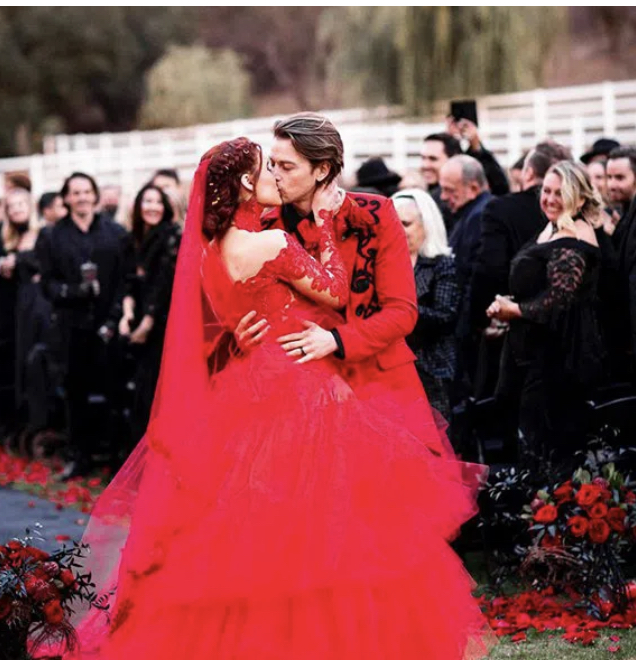 Recently wed Soap stars, Courtney Hope (Sally, Y&R) and Chad Duell (Michael, GH) appear to have broken up. I hope this is untrue as the couple seemed to truly have connected in their own unique way but the signs of a breakup is all too apparent.

The actors began dating back in 2016, shortly after Chad Duell ended his relationship with former costar Kristen Alderson. The couple were active on social media and even went viral with a duet dance video they made on TikTok. Duell and Hope tied the knot in an elaborate steampunk-themed wedding with dozens of cast members from both their respective soap operas among the guests. The couple wed on October 24, 2021.

The couple gave the press unprecedented access to the wedding. I don’t recall a real-life wedding of any soap operas receiving as much detailed coverage in all my years actively keeping up with the industry. Professional photos were immediately available after the ceremony, but intricate details that bordered On gratuitous.

The talk of the demise of the couple’s relationship ignited late Sunday evening when photos on social media began disappearing. Both Hope and Duell removed all images of the two as a couple from their respective Instagram accounts. The information quickly spread through social media. The breakup has not been confirmed, however sources appear confident that this is the case. I would love to be able to retract this post😔