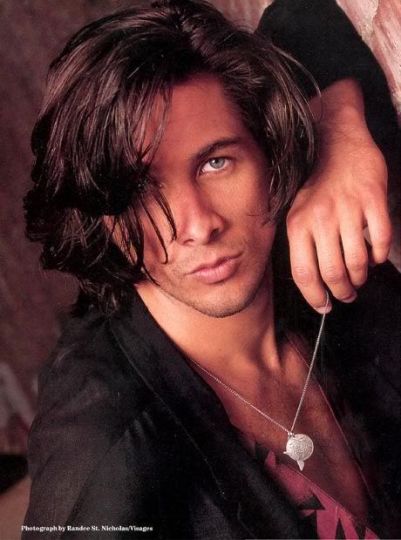 And any and every ABC Daytime soap star playing whoever you can imagine.


Premise: Deep beneath General Hospital lies a horrifying secret that bends time and space. A world where the stuff of nightmares is reality, a place where what we fear is all we know. Cassidine experiments, time travel, vampires, witches, warlocks, angels, and demons all exist. All the possibilities, no matter how deranged or dark, can live and have existed. You have to take a peek into the Books Of Caleb.

Port Charles Tried To Be Different, Let’s Give it a Chance With Some Tweaks

By taking the supernatural concepts of cult classic Port Charles, mining the rich history of ABC Daytime, and starring the talented legends of the daytime genre comes a formula for spin-off success. Port Charles: Books of Caleb is an anthology series that takes place in its universe separate from the residents of Port Charles on General Hospital- or does it? If the dark forces at work in this alternate reality have it their way, every universe will feel the darkness of Caleb.

The Book of Caleb follows Port Charles in one of many iterations throughout many possible realities and timelines. This reality’s Port Charles has been overrun by dark supernatural forces, among them a cult that worships the undead vampire Caleb Morley (Michael Easton)—featuring the casts of General Hospital and Port Charles as well as characters from across ABC Daytime including One Life To Live, All My Children and Loving.

The soap will look and feel like a traditional daytime soap opera with new half-hour episodes each day. Adding to the familiarity are the characters of ABC Daytime, as well as many familiar supernatural plots and story elements introduced during the latter half of Port Charles’ run. Each season, or ‘Book,’ in the Books of Caleb, tells a self-contained story with a beginning, middle, and end throughout 65 episodes. The overwhelming power of Caleb as it seeps into new realities and timelines allows for an unlimited amount of possibilities. After 13 weeks, the story resets- with a new universe and timeline fighting against Caleb in a never-ending but constantly changing fight against evil.

The show frees Port Charles from worrying about being too crazy. The series can go balls-to-the-wall, killing off characters knowing they can bring them back with supernatural explanations and a lot easier than the average soap opera can. The self-contained aspect of the series restarting every 65 episodes makes it easy for the show to tell a story with a conclusion but with less severe consequences for the writers and viewers. Each season can be as different or similar in tone as the writers would like.

Characters can be switched out, played by the same actor or multiple ones throughout the season, actors can play multiple characters simultaneously, recasts would feel less jarring, and many moving parts to play around with conceptually. The freewheeling creative independence of Passions with the rich, detailed history of ABC Daytime and yet something completely new and different all on its own. Pretty much everything that’s difficult for new viewers to join a soap gets taken out of the equation. And still it has all the things that make a soap opera such a experience for those who commit for the long haul.

Plus nothing can stop it from doing something like parodies of Disney properties but with soap characters in the roles. Honestly, this could be something worth trying.

What do you think?