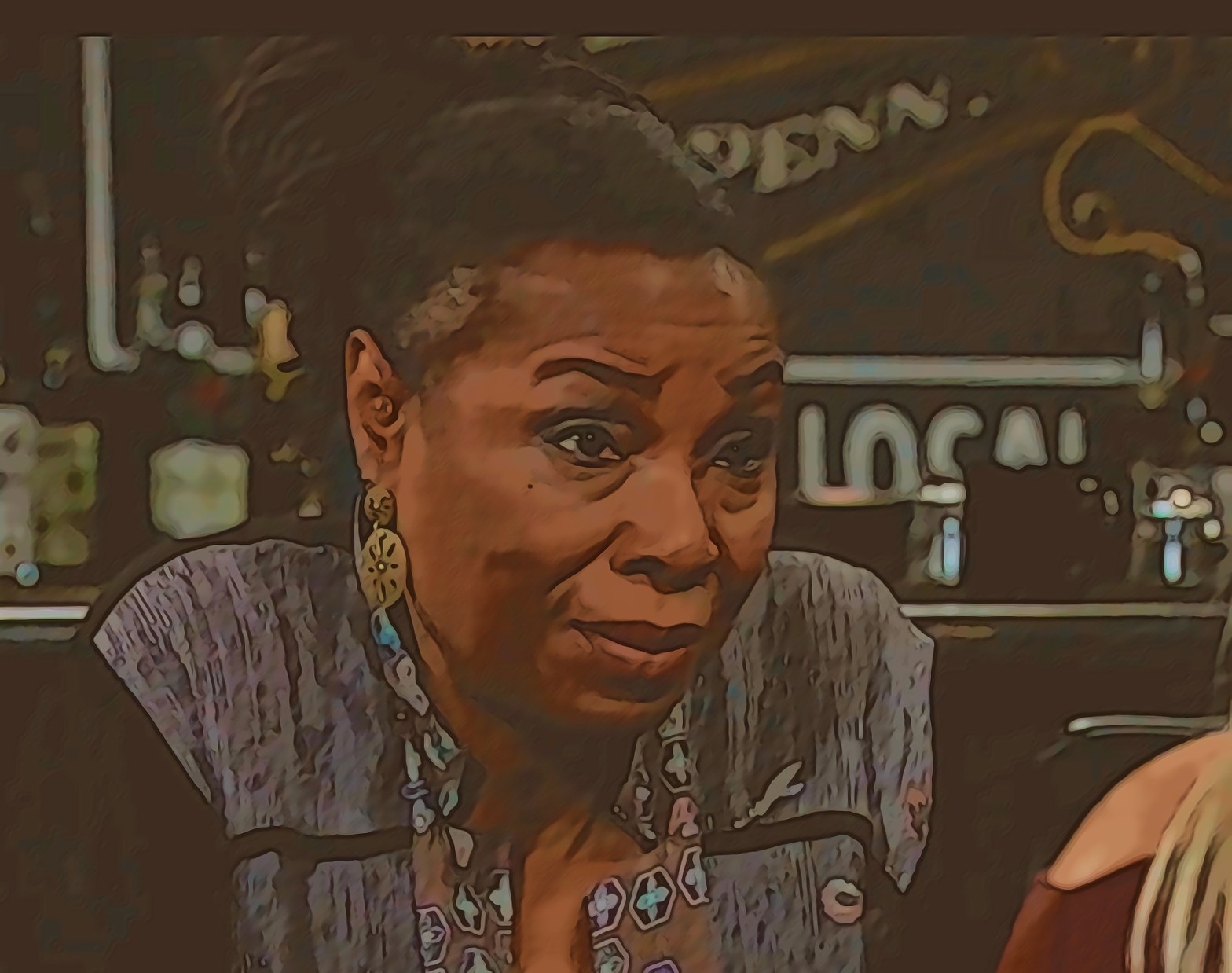 Joyce Guy Is Doing The Damn Thing… Can Soaps In Depth Please Give Her Proper Credit?

In November, Joyce Guy originated the role of Phyliss Caulfield at General Hospital. Outside of knowing Phyliss knew what happened to Nina’s child, the writers gave us very little to go on. Thankfully they didn’t because Joyce Guy could turn the role into something refreshing, positive, and entirely her own. The actress has natural ease alongside a confident stage presence, conveying a genuine empathy for people around her. She avoids stereotypes in her performance but her character remains authentically Black thanks to her nuanced and subtle acting choices. Joyce Guy is unlike anything in daytime television since Rosalind Cash, who played matriarch Mary Mae Ward on General Hospital, passed away in 1996. The producers of GH recognized Guy’s talent and expanded her role. To date, she has been in over 40 episodes (and counting) of GH. Unfortunately, even after over 8 months on the air, Joyce Guy has continued NOT to receive proper credit in a significant place.

Her character Phyliss has have been at the center of a major storyline sharing scenes with two of the series biggest stars: Emmy winners Maurice Bernard and Cynthia Watros. Maurice Bernard has played the iconic Sonny Corinthos for almost 30 years, earning his third Emmy just last month. Cynthia Watros is well-known for her roles on several popular primetime television series like Titus, Drew Carey Show and most memorably on Lost. Watros joined the cast in 2019 and won her Emmy in 1998 for her performance as Annie Dutton on Guiding Light.

Joyce Guy Has Over 100 Acting Credits To Her Name

The character of Phyliss was even given a husband in well-known character actor Riff Hutton. Riff Hutton is best known for his four-year run playing Dr. Rob Welch on “Doogie Howser MD” and for his role on series such as Star Trek: TNG. If the actor doesn’t look familiar to you, the sound of his voice might. Hutton has had a prolific career in voice acting. Joyce Guy, herself, is an accomplished Actress and director with over 100 credits to her name, according to IMDB. Cynthia Watros has 64 acting credits. Maurice Bernard has 27 acting credits. Riff Hutton has nearly 200 hundred. You might be wondering how it’s possible for an actress like Joyce Guy is not to receive credit? And why am I citing all these specific details?

Another actress is worth mentioning. Juliette Jeffers has been active in various roles in film and television. I remember her as Candace in the “Fresh Prince of Bel-Air” episode “Father of The Year.” Jeffers has charm in the role and effortless chemistry with Will Smith. I am sure she is just as skilled now as she was then, if not more so. Juliette Jeffers recently won the coveted Desk Award for her role in Batman and Robin In The Boogie Down.

Why am I mentioning Jeffers? According to several blogs, Juliette Jeffers is Phyliss Caulfield. Not this one but a few others. But the most significant offense comes from Soaps In Depth... I could be incorrect in what I post and ask any readers to correct me if I do. I have been a blogger for roughly three or four months, and I’d like to learn from my mistakes sooner than later.

There is an implication in this repeated mistake. It is that these two talented performers were perceived as interchangeable. Listen, I’m just a white guy in my thirties. I’ll never be able to speak to the experience of being a Black woman over 40 years old and the challenges they face in the acting world. I will, however, speak up when I see disparity in proper recognition, will always celebrate their work, and champion diversity in the soap genre.

The blog post by Soap Opera News [https://www.soapoperanews.net/2020/11/who-plays-phyllis-caulfield-on-general.html?m=1] is a detailed spotlight on Juliette Jeffers. From what I have read in the article and compared to the actress’ IMDB page, the only incorrect fact is crediting her as Phyllis Caulfield. I commend the blog, however, for choosing to spotlight a talented actress of color and share her career achievements.

The previously listed blogs are smaller outfits. Soaps In Depth is a giant among soap opera news outlets that should be checking facts. While the other blogs made their mistakes earlier this year, Soaps In Depth posted their article on July 19th. It’s an embarrassment, and honestly, Joyce Guy deserves much better. Do better Soaps In Depth. If you plan on covering a topic, check your facts. Your audience should respect what they read and trust the source, and there is an implied disregard for the fans of soaps and those who work in them with mistakes like this.