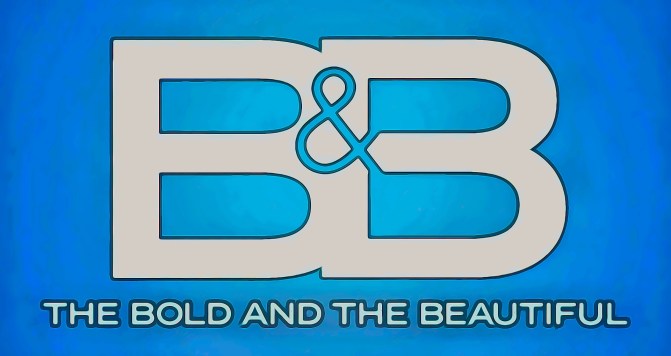 Based on early info made available by Soap Opera Network, three out of four soaps saw increases in total viewers for the week ending 7/9/2021. The soap opera with the most reason to celebrate was CBS’ Bold and The Beautiful. B&B was up 63,000 viewers week to week, an increase of 2%, with a total audience of 3.032 million viewers. If you ignore the one-episode-week anomaly the week of 2/8/2021, this marks B&B’s highest total viewer count since April 24, 2020, and is B&B’s second week hitting a season-high in total viewers.

Even more remarkable, B&B has added viewers to its overall audience for the last seven consecutive weeks. Since the beginning of the streak back in May, B&B has added 380,000 viewers to hit its recent high, increasing 14% in the seven weeks that followed.

B&B was the first soap opera to return from shutdown with new episodes on 7/20/2020. Upon its return the CBS soap saw large losses from the last airing of original episodes. Viewers and critics were quick to complain about the flashback heavy, almost actionless episodes the first few weeks on the air. The initial episodes definitely didn’t excite viewers who had been waiting months for their daytime dramas to return. After 3.275 million viewers tuned into the final week of B&B’s original episodes in April, only 2.105 million watched in it’s return three months later. The second week of episodes performed worse as B&B dropped to another series low of 2.033 million viewers

In the months that followed, B&B has bounced back in a big way among total viewers after hitting series lows.Nearly a year has passed since the end of the shutdown and the half hour soap has added 927,000 viewers. This is a massive bounce back of 31% from the 2.105 million that tuned in that initial week. The most recent week of episodes has B&B up almost 1 million viewers an increase of 33% from the lowest point in B&B’s entire 34 years on the air. The positive numbers of this week are not an anomaly either.

B&B’s INCREASES ARE NOT A FLUKE

During its first month back on the air B&B struggled with just 2.198 million viewer average. Compared to the last four weeks this season, B&B is seeing 2.917 million people tune in, an additional 719,000 viewers and big 25% jump overall. If you look at the first eight weeks of original episodes, B&B started to add viewers from the initial disastrous results but not by much. The average for the first two months on the air only increased to 2.381 million viewers. The last eight weeks of episodes or this season are up double digits, with 448,0000 more viewers, an increase of 16% for an average of 2.829 million viewers

COMPARED TO LAST SEASON, B&B IS DOWN ONLY 8%

B&B is down compared to last season’s pre-shutdown numbers, having lost 406,000 viewers and roughly 13% of that average. However, this includes the inflated numbers during the initial weeks of the pandemic. The initial weeks of the nationwide shutdown saw all of daytime television hit new highs some the best in year’s. All four soap operas hit season highs, with DAYS hitting it’s best numbers in a year and GH posting it’s best audience in two years.

So far this season compared to all of the 2019-2020 season (which includes post-shutdown episodes in its average) B&B is down just 8% to 2.784 million viewers. When the final weeks of this season air, B&B will likely pull in numbers 30% or more higher than the episodes the year earlier. This means B&B could see its declines reduced to a little as 5% year to year. What is fueling this soap opera’s recent ratings surge? All signs point to the drama surrounding Quinn and Carter’s affair. The storyline has been building in weeks and resonated with viewers. The story has overshadowed the heavily promoted mystery involving Liam and Bill’s cover up of Vinny’s accidental death. That storyline was met with negative responses from critics and vocal viewers on social media. On the flip side, Carter and Quinn’s passionate affair and the fallout has been the focus of social media in a positive way. Even as someone who isn’t a viewer of B&B, I checked in last week and this week to find out what would happen next.

While the recent storyline may be aiding B&B, to be fair the CBS soap has been pretty consistent in total viewers for the past decade. Looking back a decade to the 2010-2011 season, which was a down year for all the soaps on the air, with the exception for the already cancelled One Life To Live, B&B holds up remarkably well. This season had quite a few series of B&B and remained the record holders for least viewed until the weeks after the shutdown.

While the small descrease in the past decade is notable, there are a few more things to keep in mind. All four soaps saw a renaissance in the mid 2010s, including B&B. Compared to five years ago, B&B has dropped 913,000 viewers from the 3.697 million viewers it had in the 2015-2016 season, roughly 26% of its audience. GH has lost 657,000 viewers, a roughly 24% drop from the 2.772 million viewers watching five years ago. DAYS has dropped more than 28% from 2.38 million viewers to 1.695 million this season. Young and the Restless has lost 33% of its audience, dropping 1.6 million viewers from 4.80 million to 3.206 million. The highest rated soap has lost the most total viewers of all four soaps and still remains number one.

The most recent week saw the NBC soap jump 121,000 viewers from the previous week (1.504 million) to 1.625 million viewers, up 8% week to week. The increase was the biggest week to week viewer jump since it added 134,000 viewers during the week of 2/8, when each soap opera hit season highs during the one-episode week impacted by the impeachment hearing. Season to date, DAYS has lost 213,000 viewers (-9%) from the 1.908 million tuning in last year.

For the most recent week, GH pulled in 2.105 million viewers, up 95,000 viewers for an increase of 2% from the prior week (2.055 million). The longest running soap opera, General Hospital, is averaging 2.115 million viewers this season. Versus last year, GH has lost the fewest viewers overall and the has had the smallest percentage decline of just -3%. Season to date, GH is down just 68,000 viewers from last season, the smallest decline of all four soaps.

Y&R DOWN SLIGHTLY, STILL #1 IN VIEWERS AND DEMOS

Y&R averaged a total of 3.341 million viewers, a drop of just 32,000 viewers week to week. Season to date, Y&R remains number one with 3.21 million viewers, down from last season’s average of 3.70 million viewers, a decline of roughy 13% year to year. Y&R has lost the most viewers and the largest percetage of its audience from last season compared to the other three soap operas on the air. Despite the losses, it is prerforming considerably better than its first few weeks of new episodes after the shutdown ended. In nine of the last eleven weeks, Y&R has outdone its season to date average in total viewers. In the same time frame, B&B and GH have outperformed their season average only six times. DAYS has not outperformed its average since February based on total viewers number made available.